EMMERDALE fans were horrified when Leyla’s drug addiction hit a new low – and she was finally caught in the act.

The character, played by Roxy Shahidi, relied on coke to get her back after a tough few months.

In tonight’s episode, she grabbed her little bag of powder after Kim Tate fired her from planning her wedding.

As Kim left Take A Vow, Leyla walked straight to the table and began to do her line, failing to lock the front door in her haste to get a shot.

Cursing at Kim, Leyla got a shock when David came in behind her and asked her what she was doing.

Leyla tried to bluff her way out, saying she was stressed after Kim dumped her and thought about trying her for the first time, but David didn’t believe it. 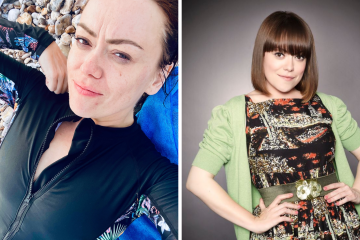 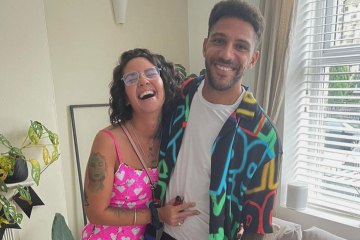 Her ex then admitted she had taken coke “three or four times” in the past few months after Suzy gave her the drug.

But again, David wasn’t entirely convinced and took to the streets, insisting they had to tell Leyla’s husband, Liam.

Leyla followed him and begged him to return the package, but David refused and demanded that she tell his wife the truth.

But she said: “I don’t need any help David, I was just a little stupid that’s all.

“Please David don’t tell Liam, he hates drugs and he hates what drugs do to people and he’ll hate me if he finds out I’m taking them.

“I will never do drugs again but please don’t tell Liam, if you tell him it will end our marriage…don’t do that David.”

As David pondered what to do and the credits rolled, Emmerdale viewers took to Twitter to discuss Leyla’s drug addiction.

One wrote: ‘I swear if someone doesn’t tell Liam.

Another added: “David should give Leyla an ultimatum. Either she tell Liam or he will. Jacob deserves better. She won’t stop until they identify her at the morgue. “

A third tweeted: “Leyla pleading, not beautiful and she’s lying.”

Emmerdale is available on ITV Hub.